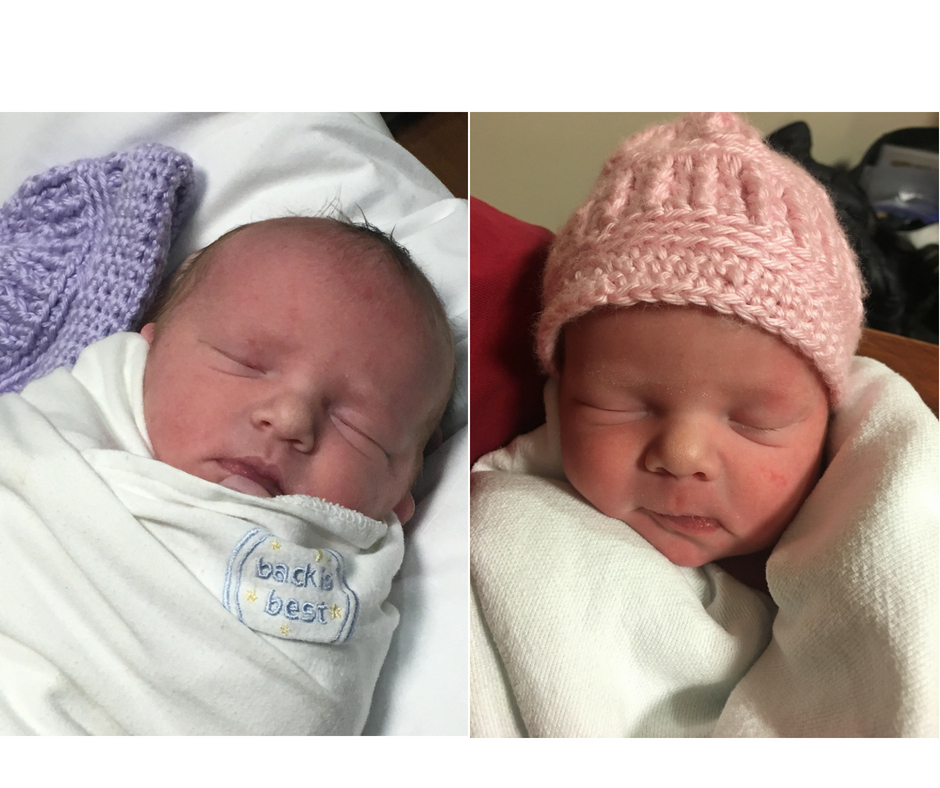 Back story: Because I was carrying mono-di twins, the general recommendation is to delivery no later than 37 weeks. To put it gently, my doctor was very concerned with us waiting for spontaneous labor. By swelling and a slight rise in BP it was apparent that my body was getting tired; however, the babies and placenta looked great. I increased my rest, movement, nutrition and supplements and continued monitoring the babies often. Doing these things made us comfortable waiting but we would begin to doubt our choices when confronted by our very experienced doctor’s worries. I delivered with this same doctor with my first and knew how far I could push my own preferences; for example, the night before I went into labor, he had scheduled me to come in for an induction but I think he and I both knew that I wouldn’t come in. This may not be the path for everyone, the point is: Be informed. Be empowered. Know your body well. And be confident in your decisions. You are the one best equipped to make them.

And now, here’s our story!

That Monday morning, 37 weeks + 4, we left the MFM’s (maternal fetal medicine specialist) office more confident and reassured to wait for spontaneous labor probably than ever before. God was very clear through preaching and scripture that waiting was right, it was just so nice to leave their office not in turmoil or doubting anymore.

We decided to get lunch before grabbing some groceries and heading back to the Ronald McDonald House. We joked about Buffalo Wild Wings of course (went there for lunch first instead of the hospital when in labor with our first) but went to Perkins.

Around 1pm, just as we were finishing lunch, I felt a strange twinge then a gush of fluid. I matter-of-factly informed Bill, then our waitress that my water had broken. Sitting on a mini-nickel, we drove back to the Ronald McDonald House where Bill got ready to go but I decided to take a nap before the contractions came on.

I rested and worked through contractions until almost 3pm when I called Bill back into our room from the playroom. He called our doula, Korey, to tell her now versus later. Since we were waiting for Korey’s daughter to watch our two year old, I decided to take the shower that sounded so good. While in the shower, it felt great to squat through each contraction. I could see Baby A’s body had shifted to a completely anterior position, ready to be born. It was one of the most beautiful things and it made me want to weep. Shortly after, it’s like I snapped back into my brain out of labor-land, and knew that I should get out of the shower immediately; because if bearing down on each contraction felt so good…

Bill was quite relieved that I was finally willing/ready to go to the hospital. In perfect timing my doula showed up just then. We worked through enough contraction to hopefully get to the hospital without having a contraction on the way. (By then each contraction lasted about five minutes with two good surges within the contraction.) We made it in time for me to work through the next contraction in the parking lot, another surge at the registration desk, and another waiting outside labor and delivery until I could sign Consent to Treat. 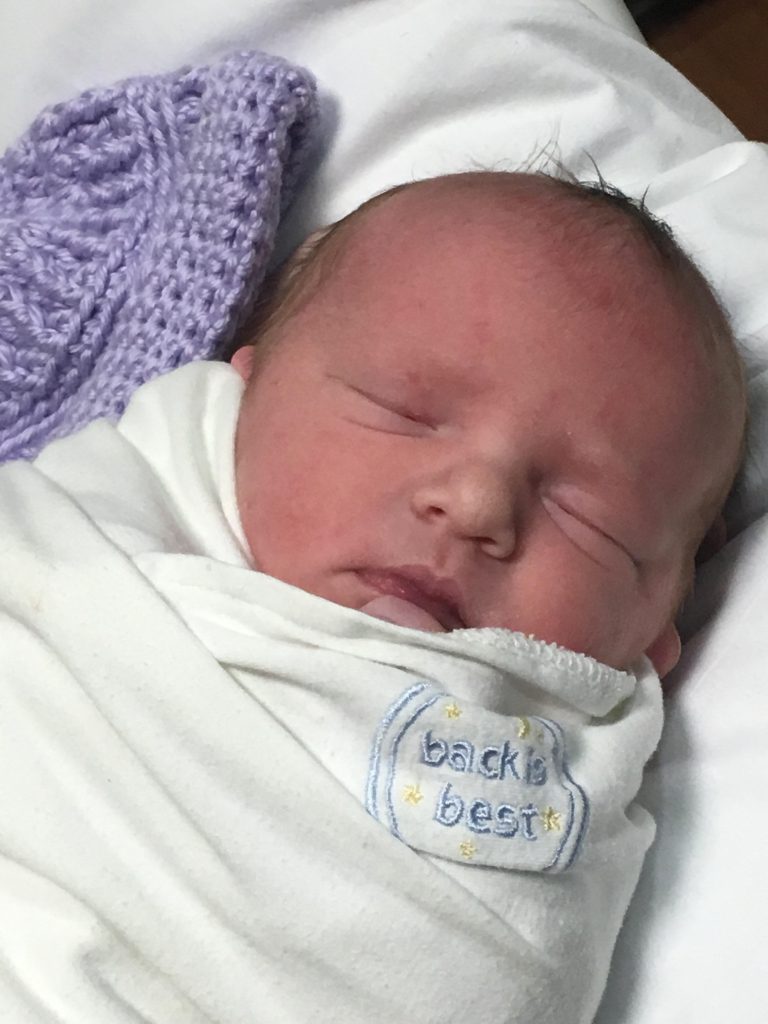 Everything was a pretty big whirlwind from there; with me mostly unaware of the chaos and mostly ignoring the nurses but occasionally interjecting something that I wasn’t going to do. LOL My doctor even asked if I would look at him just once and I shook my head at him.

It was getting difficult to relax into the contraction enough to avoid pain and I said out loud that I was having a hard time embracing the pain. (Awesome pain management technique btw) Counter pressure on my hips was helpful and at one point I was yelling at Bill and Korey to push. The nurses in a frenzy asked if I was ready to push and I yelled back, “No! I need Korey to push!” Bill and I were both very grateful to have her on our birthing team; knowing that she knew my preferences and could be my voice in labor gave me confidence. She was also helpful in how affirming she was to me.

I squatted for most of the labor until I got on the bed on all fours to push. It was amazing to work with my body and be so in tune with it! Another thing that helped me relax and open was saying “Down” repeatedly. 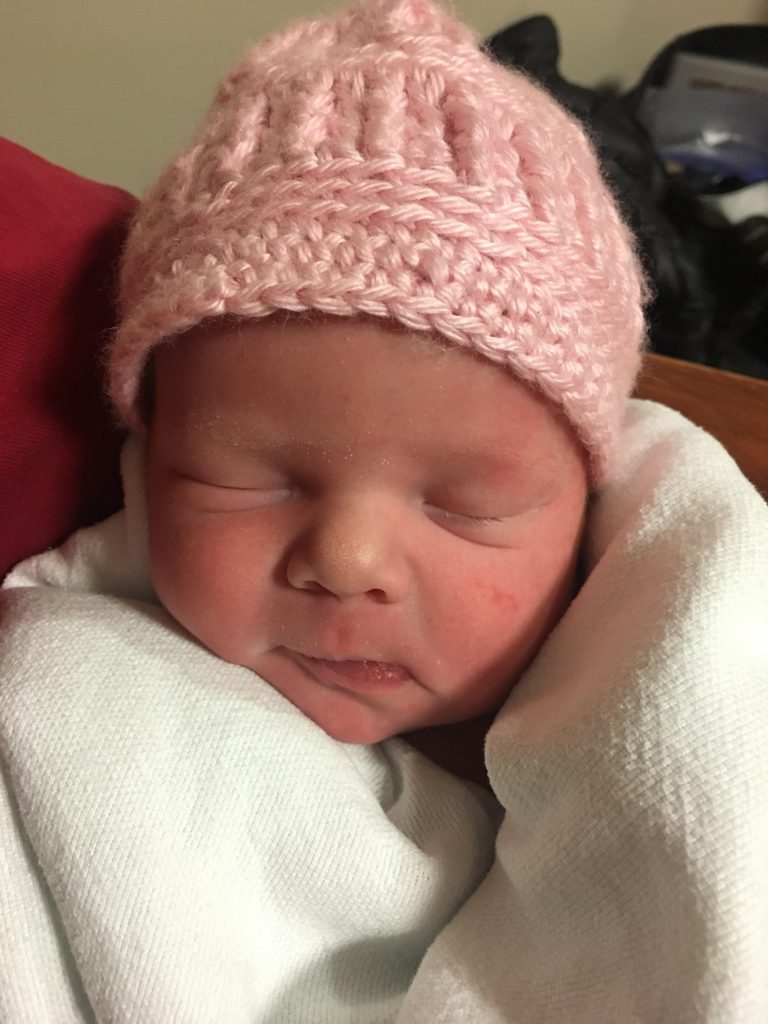 About four good pushes and Savannah was out. I was very concerned that they had taken her to the warmer and they really had to snap my attention back to my doctor so he could get Vanessa’s feet. She was so low already that extraction wasn’t necessary in my opinion but pull he did and with one push she was out. Savannah weighed 7lbs 6oz and Vanessa 7lbs 14oz.

Labor with these girlies was shorter than second stage alone with my first! And according to the gals at the RMH, I left there at 4:06. So I was at the hospital just around 40 minutes before the girls were born. For the sake of being left alone to labor, I joked about having a baby in triage and I practically got my wish! Other desires I had for labor, that were fulfilled, that are rare for twin delivery, were delivery outside of the OR and no epidural in place. These make up for where I was compelled to compromise my preferences.
We are so grateful that the girls came spontaneously and that Bill was with me in M (2 1/2 hrs away from home) when labor started! This truly was an empowering birth experience and a great start to being a twin Mommy 💜 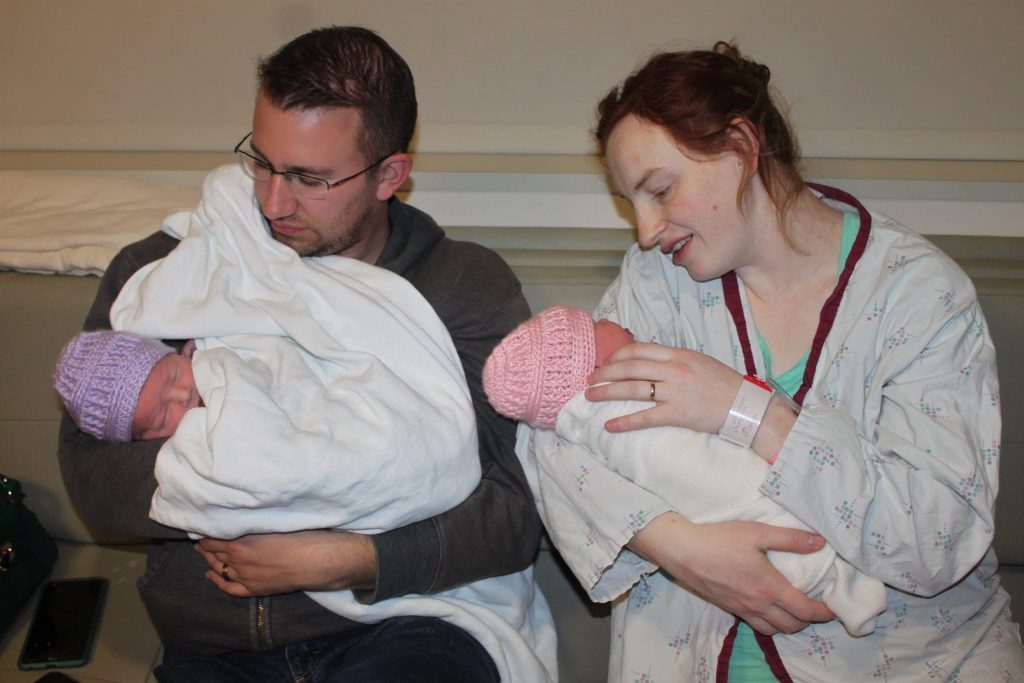 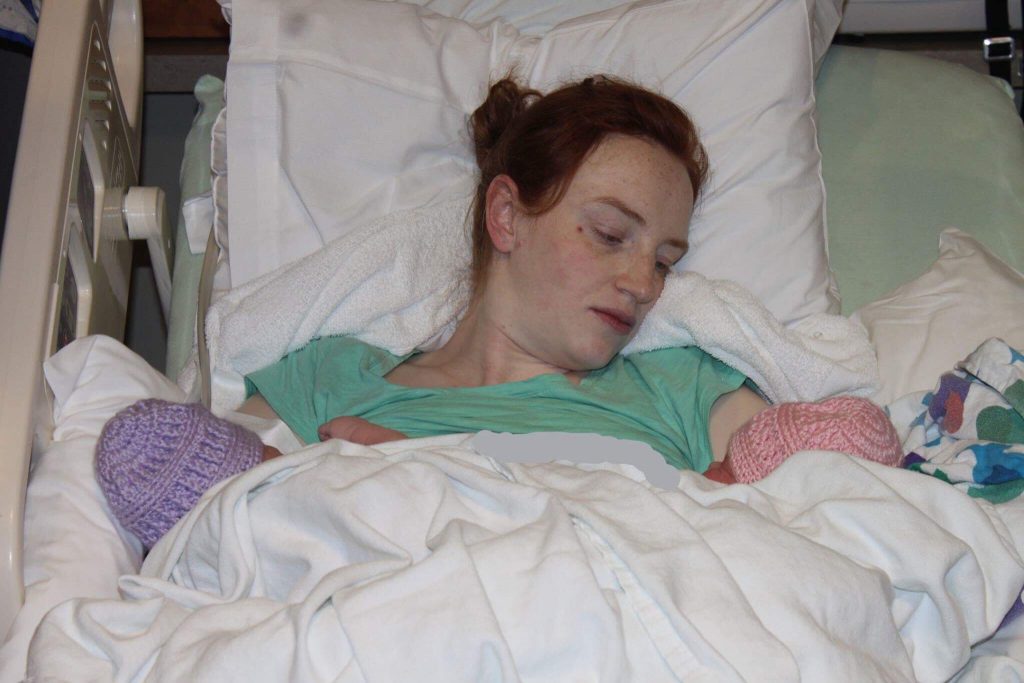